Warren Buffett is one of the world’s richest people. His fortune has been made from investing, which he began from a young age.

However, there are no secrets to his success.

There are instead a set of principles and processes by which he rigorously abides. These are driven by what we can infer are the behaviours and personality traits he possesses.

Now, by themselves these traits are not remarkable. Indeed, the one thing you can say about the nature of his investing is it is not particularly exciting. However, in combination, and when applied for the length of time he has been investing, the results are truly spectacular.

Although there will only ever be one Warren Buffett, we can nonetheless learn about investing for ourselves and our children from his experience.

Who is Warren Buffett?

Warren Buffett was born in 1930, developed an interest and was successful at investing from an early age, and made efforts to educate himself up to a post graduate level in finance and business administration. 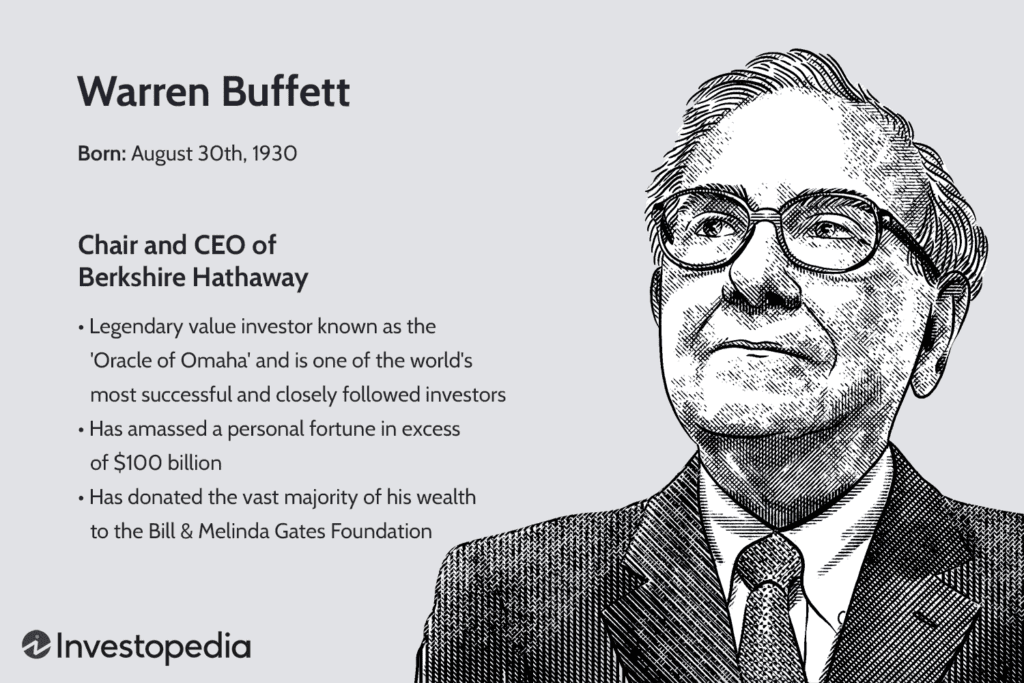 Value investing is a phrase used to describe an investing style originally attributed to Benjamin Graham and David Dodd, and Graham’s text The Intelligent Investor. This style is to analyse companies through fundamental analysis, including the reading and interpreting of financial reports, and to identify stocks that are trading at less than their intrinsic value. Warren Buffett has gone on to modify this style to include qualitative values, such as management and the competitive advantage a particular company might have in its market.

Buffett’s wealth is tied to his shareholding in Berkshire Hathaway, Inc, a company listed on the New York Stock Exchange, and having a market capitalisation of around USD $650bn, or about AUD $933bn.

Buffet took control of BH in 1964. Although originally a textile manufacturing company, the company is now a conglomerate, a holding company for part or whole interests in a number of companies across different markets.

What companies does Berkshire Hathaway own? 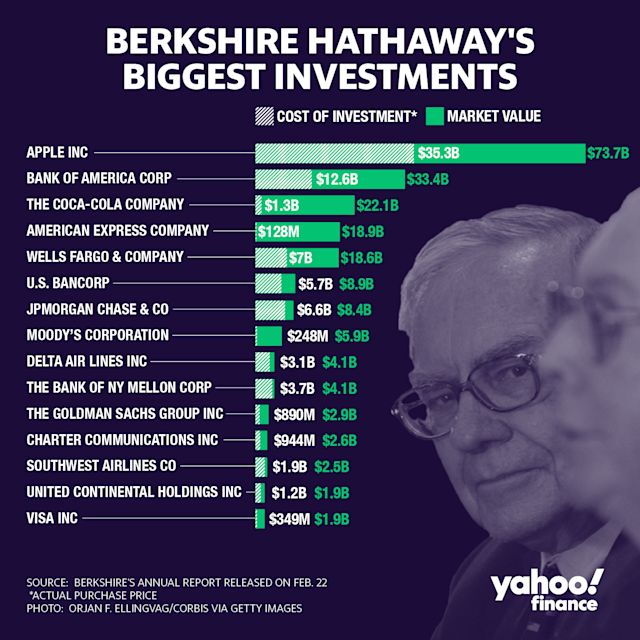 Aside from maybe Apple, there is nothing particularly exciting about any of these companies. They could be described as boring. It is what these companies have in common that makes them very interesting – they are all profitable, well managed, companies with established operating histories and highly competitive in their respective markets. But what about the speculative, cutting edge, loss-making, tech stocks? Where are the billions (now millions/thousands?) in cryptocurrency? You won’t find them on the balance sheet of Berkshire Hathaway.

The behaviours and personality traits of Warren Buffett

Ok – so, apart from establishing that Warren Buffett is an extremely rich man, and BH invests in companies to which we might not give the time of day, what can we learn and how can we apply any lessons we might learn to our own investing objectives?

Let’s look at Buffett’s behaviour and personality traits to help guide us. These we can infer from his long working history and success. 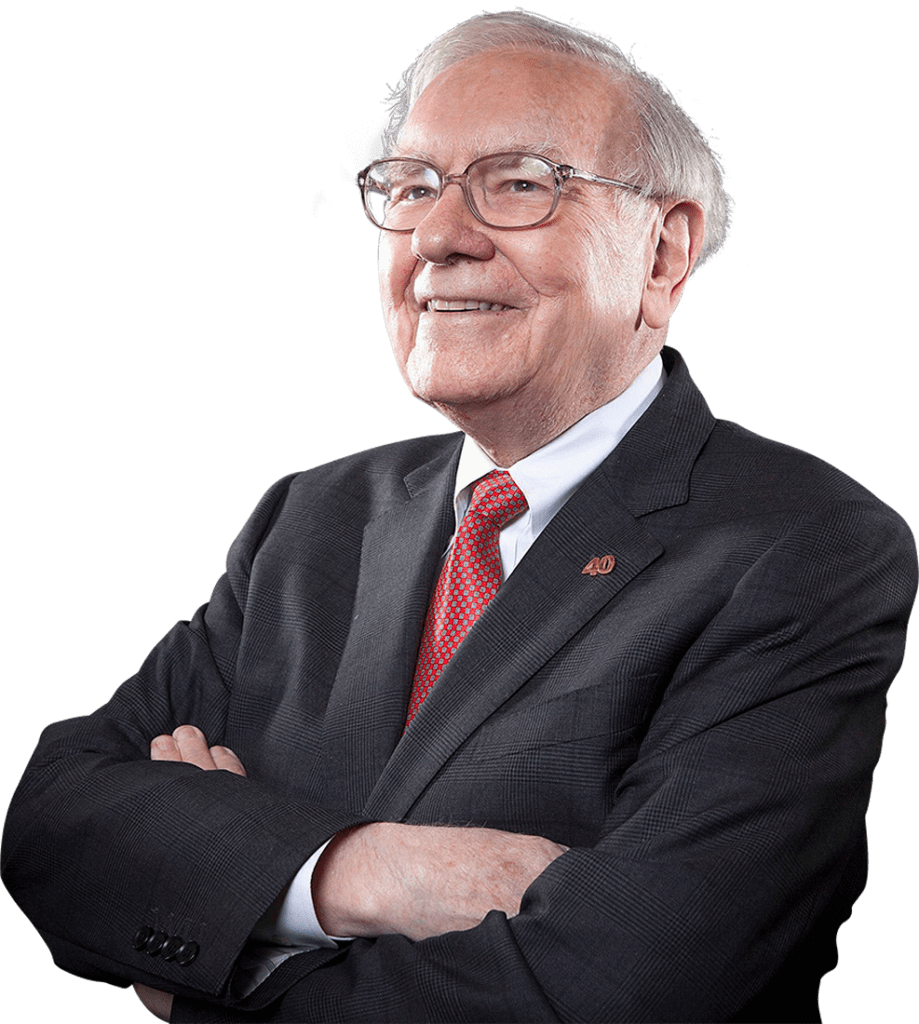 Patience – he holds stocks for the medium to long term. As at late 2019, BH’s top 10 stocks had been held for an average of 7.5 years. However, three companies he has held for more than 25 years: Coca Cola, American Express, and until recently, Wells Fargo. Patience also means he has had the opportunity to experience many cycles of the market, the ups and the downs. This gives him a great experience base from which to observe and make decisions. The Global Financial Crisis of the 2007 – 2009 and its aftermath – he might have been thinking he had seen it all before – in 1987 and then the dot com boom of the late 1990s and early 2000s.

Persistence – he has not varied significantly from his investing style since he began in the 1950s – identifying stocks trading at below their intrinsic value. Further, he does not invest for the sake of it, and is prepared to suffer underperformance because particular business models or investment types might be more in favour. Examples are the dot com boom in the late 1990s and early 2000s and the latest cryptocurrency environment. Within each of these events, Buffett could not identify value and so did not invest. In some cases, he was criticised for his decision not to invest, and in each case his decision not to has been proven correct.

Intellectual curiosity – he has always been hungry for knowledge, shown by his extensive formal education and seeking out the opinions and advice of others. When approached by Lehmann Brothers during early 2008 to lend to the company, Buffett printed out Lehmann’s latest financial report and conducted the analysis himself.

Conviction – although BH did not buy subprime mortgages, the instrument that led to the destruction caused by the Global Financial Crisis of 2007 – 2009, Buffett, on his personal account, began investing large sums in US equities in late 2008. He even went so far as to publish an opinion piece in the New York Times explaining his reasons, stating he couldn’t predict short term equity prices, but:

Humility – he puts himself up for public examination and admits mistakes. Every year BH hosts a shareholder day where investors can ask Buffett questions. He admitted to shareholders a mistake about a company he was responsible for acquiring in 2016 which led to a write down in valuation of USD $11bn in 2020. Another expression of humility is that Buffett does not invest in something he does not understand.

Resilience – notwithstanding criticisms for not investing in the dot com era and cryptocurrency and mistakes he has made, Buffett has repeatedly demonstrated his resilience by believing in and sticking to his investment knitting. This is evident from his extremely long history of around 60 years of positive returns from his investments.

None of the above character traits are particularly distinctive, remarkable or uncommon. It is therefore possible a lot of us could apply these same behaviours to our own investing journey.

For example, set a medium to long term mindset with our investment decisions. Be resilient in the face of a market downturn. Be intellectually curious about what you are investing in; don’t just buy something because it seems like the latest hot thing. Be humble about what you are doing – you don’t know everything and admit to and learn from your mistakes. Learn what investment style works and is comfortable for you, and have the conviction to stay with it.

We can’t all be Warren Buffett, but perhaps we can take account of his personality and ask ourselves when needed – “What would Warren do?”.

When it comes to investing the sooner you start, the more time compounding growth has to work it’s magic. Consider joining the Itrust Invest community today and start to make a real difference to the future of your loved ones.

Disclaimer: in preparing this blog we have not considered your personal investment objectives, financial situation or needs. Instead, this blog contains general advice and has been prepared for informational purposes only. It is not intended as financial product advice or a recommendation in relation to any investments or securities. Terms apply when using the platform provided by Itrust Investment Fund, and it is important you read the PDS and key documents before deciding if any of our offerings are right for you.